That’s how it would look like, when you replace Europe’s countries with non-european land masses of similar size.

I have to say this is rather a niche and unique post with not that much interesting knowledge to take away from. Yet it’s still pretty fun to see how different countries have a similar size / landmass, especially when you’re European and wonder how big your country is in comparison to some others out there in the world.

The data behind these facts were taken from this Wikipedia article. Read it, if you want to learn more about the different land masses in Europe. 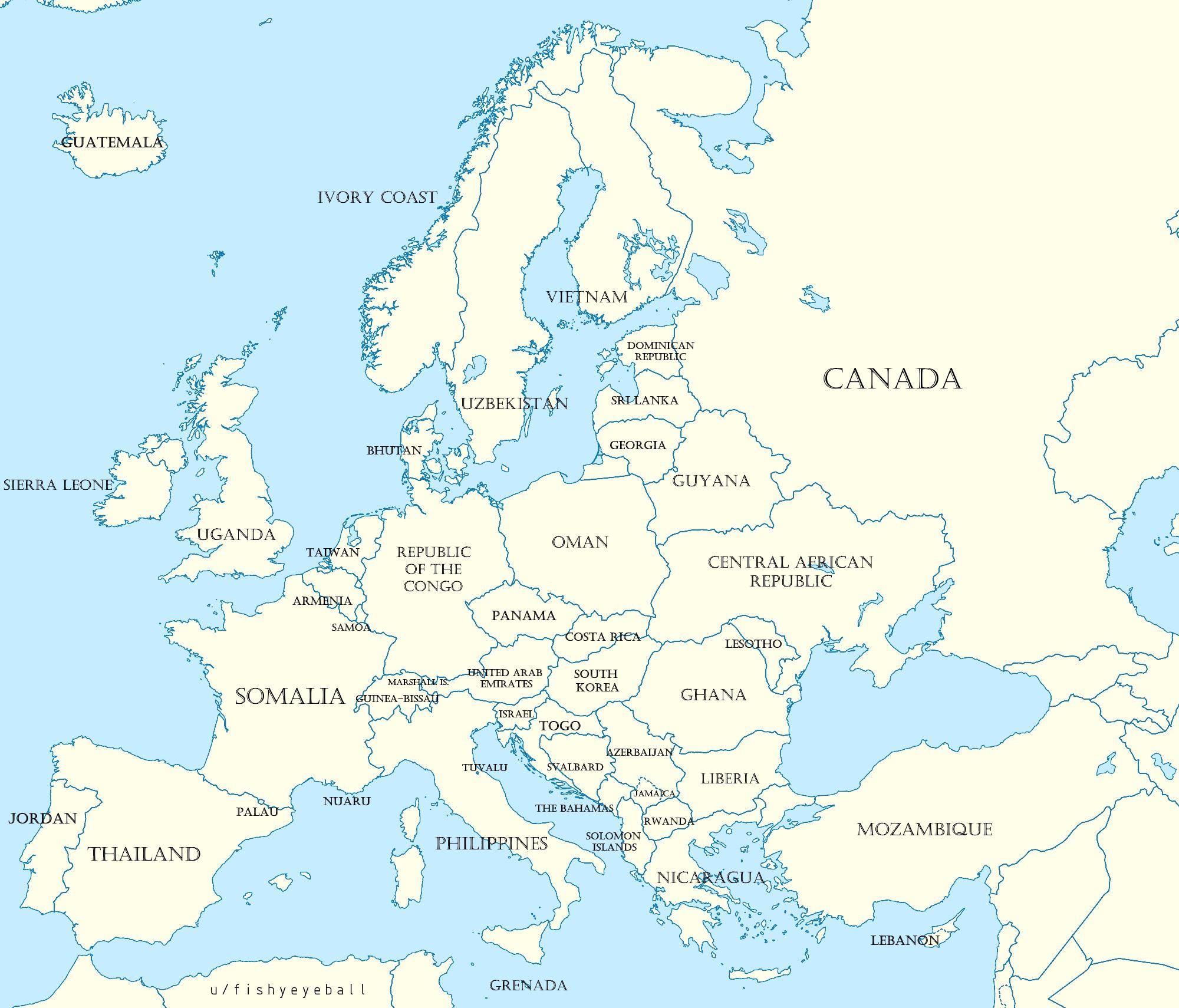 A few (fun) takeaways. Costa Rica has still Panama as its neighbor – even when it is moved to Europe. There’s no escaping your Panamanian friends, dear people from Costa Rica.

Slovenia is as big as Israel, but when you compare their influence in the world it’s quite the difference. So it’s the same as with male’s primary sexual characteristics – size doesn’t matter (all that much). And to Slovenia’s defense: They have Melania Trump.

Russia is (almost) larger than the Planet Pluto in terms of area (the size of Ukraine is missing to achieve this goal). But it gives you a good perspective. Also, it’s the largest country in the world.

Nauru: Smallest island country, smallest republic and smallest country that is not a city-state.

Monaco: Smallest country with a coastline.

This infographic made me realize how big or how small some countries are. I hope you were able to take away a few interesting facts as well. So next time you’re having a conversation with somebody about the smallest country in the world with coastline, you’ll know the answer! ;)